The orbit of a satellite can be computed from it’s location and velocity. What is more challenging is accurately determining its orientation. This is really important because satellites normally need to orient themselves to maximize the sunlight on their solar arrays and also point camera and other sensors in specific directions. There isn’t a lot to navigate with in space except the billions and billions of stars which is what a star camera does.

I thought it would be fun to try and implement a star camera. Let’s say we are given a picture of the night sky and need to determine which direction the camera is pointing in. To do this we need to compute a direction vector and also an up vector orthogonal to it so we know what the orientation of the camera is. For example, here is an image taken of Sirius, the brightest star in the sky. The un-cropped image in 1000 pixels square and the field of view is 20 degrees.

To work out which direction our camera is pointing we also need some kind of map of the stars. One such map was generated from the Hipparcos satellite which was launched in 1989. It was the first space experiment devoted to precision astrometry. Hipparcos spent the next 4 years creeping around the solar system looking at things and the resulting Hipparcos Catalogue - a high-precision catalogue of more than 118,200 stars - was published in 1997. It never reached New York Times Bestseller’s list but it’s still a great read. If we look at the Hipparcos Catalogue we see that each star has four number associated with it. Here’s an extract:

The first number is an id of the star. The second and third numbers are the right ascension and declination of the star. These can be thought of as a projection of the Earth bound longitude and latitude system to the sky, respectively. The forth number is the apparent magnitude of the star. Which is how shiny it is. It’s a negative logarithmic measure of its brightness - so the smaller the number the brighter the star. The first thing we need to do is pick out the brightest stars in the image. We can use a blob detector for this:

This works well ands pick out the brightest stars in the image. 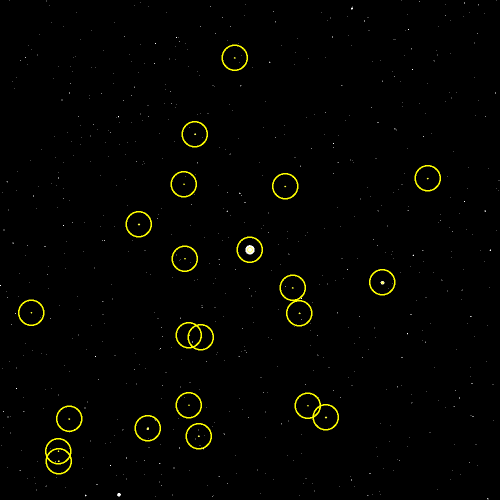 From this we can compute the angle between any two stars in the image with:

Now let’s turn to the catalogue of stars. We need to match these blobs to stars in the catalogue.We can convert right ascension and declination to a unit vector by converting from spherical to cartesian coordinates:

Now we need to find a set of stars in the image and a corresponding set of stars in the catalogue where the angles between any pairs of stars are the same this will tell us which stars we are looking at and we can use their coordinates to reconstruct the direction and up vectors of where we are looking. We can do this by assigning a random star from the catalogue to the first blob. Then we keep assigning stars to blobs but each time we ensure that the distance between the stars in the set is almost equal to the distance betweens the blobs. We recursively assign stars and as we add more set becomes more consistent. I used 6 stars in the matching and for the image at the top we match a number of stars near a region of sky called the Winter Hexagon. 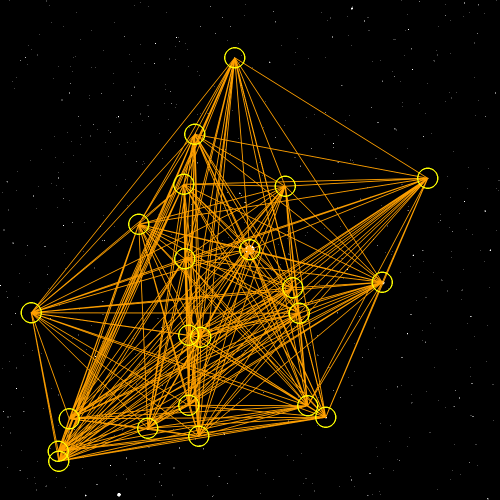 Using this we can compute the transform from image to star coordinates:

Which gives us the correct direction and up vector pointing towards Sirius.

Let’s try another image. This is of the North sky.

Running the same code and out pops the correct vector pointing North.

I’m sure the implementation used in satellite and ship navigation system are more involved, but this was fun to implement. Here is a link to the complete code. Interestingly, Hipparcos’s successor, Gaia was launched on 19 December 2013 with the intention of constructing a 3D space catalog of approximately 1 billion astronomical objects. The first catalogue of stars will be released later this year. 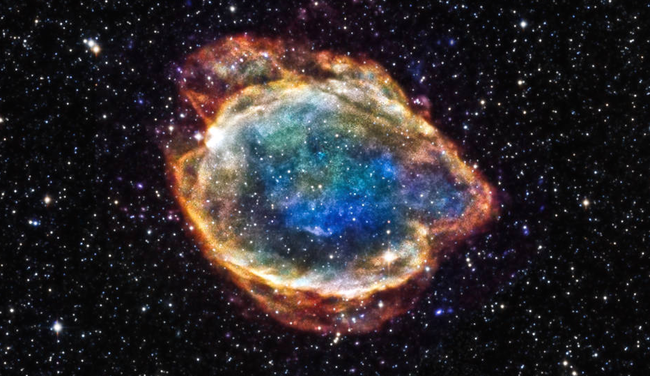 This post is based on a question asked during the Challenge 24 programming competition. Given the locations of a number of land mines as X and Y coordinates and their blast radius R. What is the minimum number of mines that need to be... Continue →